Who Are the Agents of Societal Minorities? An Analysis of Prostitutes’ and Same-Sex Partnership Rights Across the Globe 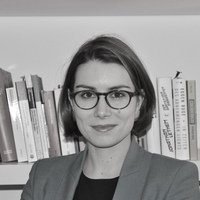 Prostitutes and same-sex couples are marginalized minorities in society, requiring support from powerful agents to promote their interests. Large reforms in both policy fields and across several countries indicate that these minorities have succeeded in persuading strong agents. This paper explores whether the European Union as a supranational agent or as national agents, such as female deputies or left and liberal parties, have taken over this role.

To answer this research question, the paper draws on a novel data set and an innovative measurement approach of morality policy regulation in 25 different countries and over 50 years (1960-2010). The time-series cross-country analysis reveals that the recognition of societal minorities is mainly driven by national agents while the European Union seems weak in fostering the rights of prostitutes and same-sex couples.