Evidence in Health Policy: Not in Central and Eastern Europe? 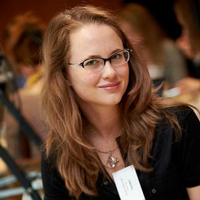 Who decides which treatments are reimbursed from public health insurance, and on what grounds? In most Western European countries, reimbursement decisions are informed, or directly taken, by health technology assessment (HTA) agencies – public bodies that evaluate available evidence regarding the medical, economic, ethical, legal, social and other aspects of health interventions (drugs, medical devices, diagnostic procedures etc.). HTA agencies have, however, not diffused to most countries in Central and Eastern Europe, where decisions are typically taken by ministries of health or national health insurance funds. The extent to which they rely on evidence is unclear. In this presentation I will argue that the reason for this divergence lies in the influence of domestic epistemic communities on adoption of international policy trends, mitigated by policy-makers' demand for their input. I will demonstrate this by comparing the institutionalization of HTA in Poland and the Czech Republic: Poland has had an HTA agency since 2005, while the Czech Republic does not have one, despite recent policy debates on the topic. The key role of policy-makers' demand is often overlooked not only by the epistemic communities literature, as well as the policy diffusion scholarship, but also by international actors who promote their favored policies around the world. This emphasizes the importance of including negative cases in research design for academic scholarship as well as practical policy-making.

Olga Löblová is a visiting professor at College of Europe, Bruges, where she teaches European Health, Consumer and Risk Policy, and a visiting lecturer at Sciences Po Paris, Collège universitaire de Dijon, where she teaches introduction to the European Union and introduction to social policy. She is currently finishing her PhD at the Doctoral School of Political Science, Public Policy and International Relations – Public Policy track, Central European University, and holds M.A. degrees from Sciences Po Paris (2009) and the College of Europe (2010). In addition to her academic work, she has nearly five years of experience as a consultant in European and global health policy, and in Brussels pharmaceutical lobbying.