The Territorial Dimension of European Development and Cooperation 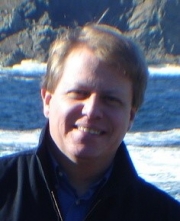 The Territorial Dimension of European Development and Cooperation

Since 2013, territorial cohesion is an integral part of the European Union's cohesion policy. The policy encourages capitalisation on the strengths of each territory, better connected and cooperating territories and promotes effective management of 'concentrations' (cities). The territorial dimension is, however, less well-known and understood than economic and social cohesion by policy-makers across different contexts. An important actor in changing this is ESPON – the European Territorial Observatory Network – which aims at promoting and fostering a Pan-European territorial dimension in European development and cooperation by providing evidence, knowledge transfer and policy learning to public authorities and other policy actors at all levels.

The main objective of the ESPON 2020 Cooperation Programme is to support the reinforcement of the effectiveness of EU Cohesion Policy and other sectoral policies and programmes under European Structural Investment (ESI) funds as well as national and regional territorial development policies, through the production, dissemination and promotion of territorial evidence covering the entire territory of the 28 EU Members States, as well as 4 Partner States of Iceland, Liechtenstein, Norway and Switzerland.

The lecture outlines ESPON interactions with European policymakers, in particular in the field of Cohesion Policy, national policymakers and practitioners responsible for territorial cohesion and ETC programmes, authorities implementing ESI Funding programmes, as well as regional and local policymakers and practitioners responsible for territorial development and planning. Based on his work at ESPON, the speaker discusses how knowledge on territorial issues is received and used by policy-makers, and gives an assessment of the future of the territorial dimension of European Development and Cooperation.

Dr. Peter Billing started working at the ESPON Coordination Unit in 2010 as Cluster Coordinator for Capitalisation, Publications and Analysis, as well as Project Expert. His main responsibility is to ensure the strategic capitalisation of ESPON results and findings delivered by the projects on applied research, targeted analyses and the scientific platform. In his capacity as project expert he has been involved in ESPON projects mainly related to small and medium sized towns in Europe, energy policies in the North Sea Region, detecting territorial potentials and challenges, territorial evidence for ESIF programmes transnational cooperation and capitalisation.

Before joining ESPON he worked as the director for Center for Regional and Tourism Research, Denmark, for nine years. Dr Billing received his PhD in Modern History at Lund University, Sweden, focusing on the rise and fall of the city of Malmö, Sweden, as an industrial and welfare city.