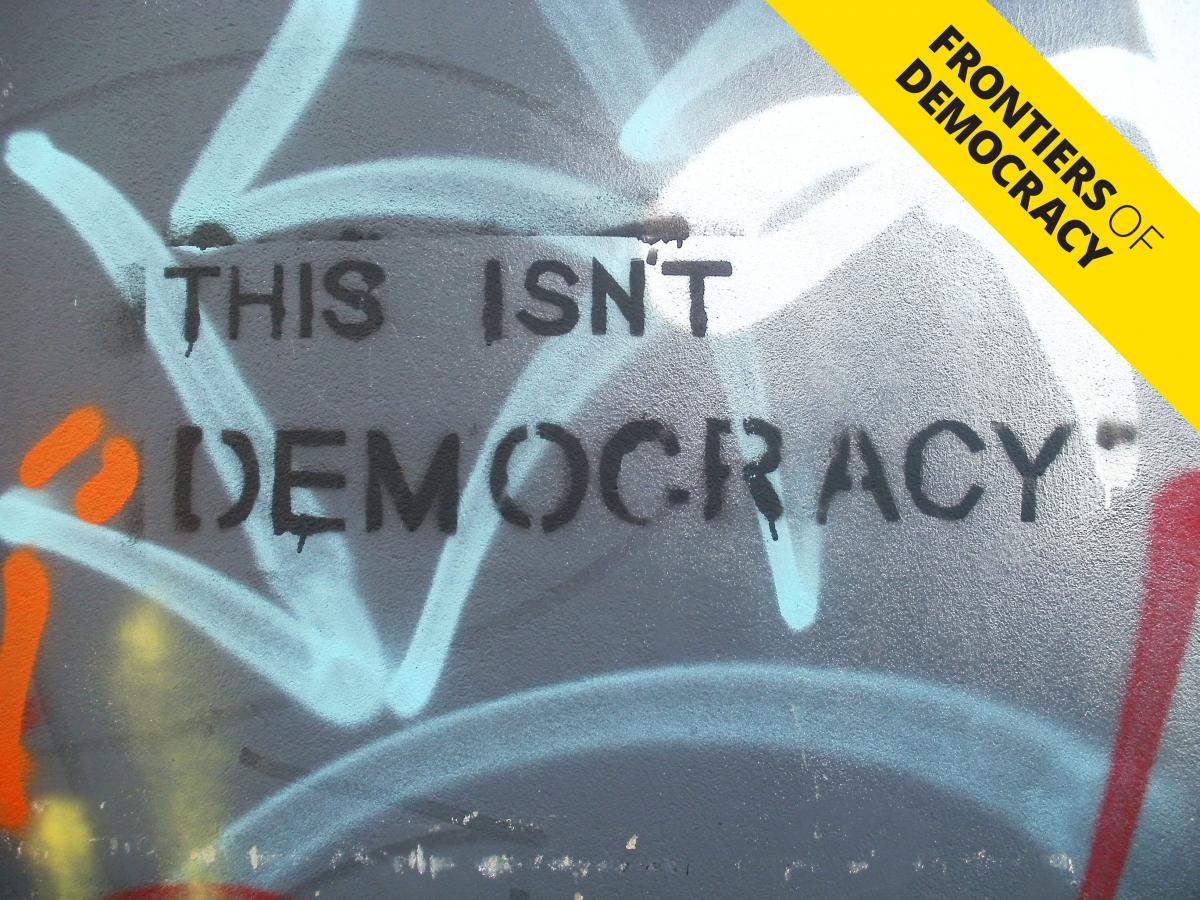 The School of Public Policy at Central European University

cordially invites you to our Annual Conference

After the vaulted expectations of the immediate Cold War period, models of liberal democracy are under intense strain. Popular disaffection, corruption, institutional sclerosis and electoral manipulation are symptoms of "democracy shunned," a challenge impacting new and old democracies alike. The School of Public Policy at Central European University in Budapest, Hungary is hosting a one-day conference featuring distinguished speakers, to explore the origins, current debates, and challenges of this democratic deterioration.

The schedule for the conference is available to download here.

Register to attend the conference here.

Sheri Berman is professor of political science at Barnard College. Her main interests are European politics and political history, democracy and democratization, globalization, and the history of the left. Her two books have examined the role played by social democracy in determining political outcomes in 20th-century Europe. Her courses include Political Development; Making Democracy Work; and Democracy and Dictatorship in Europe.

Valerie Bunce is the Aaron Binenkorb Professor of International Studies and Professor of Government at Cornell University. Her primary field is comparative politics and, secondarily, international relations. Her research and teaching address comparative democratization, comparative authoritarianism, international democracy promotion (primarily by the U.S.), and inter-ethnic cooperation and conflict. Her geographical focus is eastern and central Europe and the Soviet successor states, though my comparative interests extend to Latin America and Sub-Saharan Africa. She has authored and edited several books, including Subversive Institutions: The Design and the Collapse of Socialism and the State (Cambridge University Press, 1999) and Do New Leaders Make a Difference? Executive Succession and Public Policy Under Capitalism and Socialism (Princeton University Press, 1981).

Saskia Sassen is the Robert S. Lynd Professor of Sociology at Columbia University. Her research and writing focuses on globalization (including social, economic and political dimensions), immigration, global cities (including cities and terrorism), the new technologies, and changes within the liberal state that result from current transnational conditions.

In addition to her appointments at Columbia University, Saskia Sassen serves on several editorial boards and is an advisor to several international bodies. She is a Member of the Council on Foreign Relations, and a member of the National Academy of Sciences Panel on Cities. She has received a variety of awards and prizes, most recently, a Doctor honoris causa from European Institute of Florence, Universidad de Murcia, Ecole Normale Superieure (Paris), Universidad de Murcia (Spain), Ecole Normale Superieure (Paris), DePaul University (USA), University of Poitiers (France), Royal Stockholm Institute of Technology, Ghent University (Belgium), Warwick University (UK), Delft University (Netherlands), the first Distinguished Graduate School Alumnus Award of the University of Notre Dame, and was one of the four winners of the first University of Chicago Future Mentor Award covering all doctoral programs. She has written for The Guardian, The New York Times, Le Monde Diplomatique, the International Herald Tribune, Newsweek International, Vanguardia, Clarin, and the Financial Times, among others.

Nadia Urbinati (Ph.D., European University Institute, Florence, 1989) is Kyriakos Tsakopoulos Professor of Political Theory at Columbia University, Department of Political Science. She specializes in democratic and anti-democratic theory, modern and contemporary political thought. She co-chairs the Columbia University Faculty Seminar on Political and Social Thought and has been a co-editor of Constellations: An International Journal of Critical and Democratic Theory. She was member of the Institute for Advanced Study, Princeton, and Rockefeller Fellow of the University Center for Human Values, Princeton. She taught at Unicamp in Brazil and is a visiting faculty at the Scuola Superiore di Perfezionamento Sant'Anna of Pisa and of Bocconi University of Milan. She is an editorial contributor of the Italian newspaper La Repubblica.

She is the author of numerous book chapters, articles in accredited journals and of several books in English and in Italian, among other, The Tyranny of the Moderns (Yale 2015); Democracy Disfigured: Opinion, Truth and the People (Harvard 2014) Representative Democracy: Principles and Genealogy (University of Chicago Press 2006, rep. 2008); Mill on Democracy: From the Athenian Polis to Representative Government (University of Chicago Press, 2002). She edited and co-edited several books and more recently with Stefano Recchia, Giuseppe Mazzini's Cosmopolitanism of Nations (Princeton 2012) Steven Lukes, Condorcet's Political Writings (Cambridge University Press 2012).

This event is part of Frontiers of Democracy, a far-reaching CEU initiative that aims to promote open debate, discussion, and exchange of ideas with a diversity of views about the nature of democracy today.