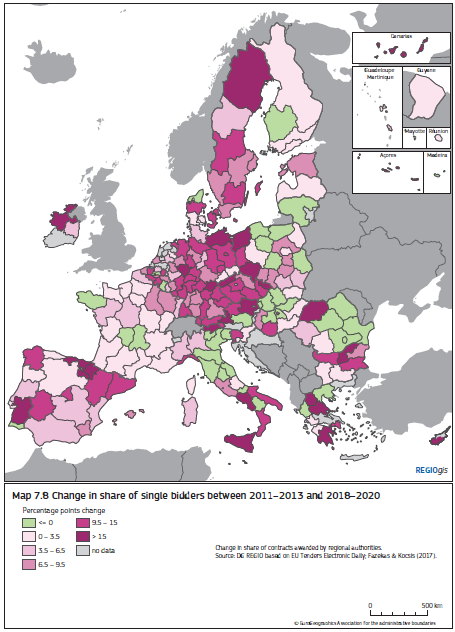 Data collected and indicators developed by DPP assistant professor Mihály Fazekas have featured in the 8th Cohesion Report of the European Commission (pages 225-230), a flagship report on the state of territorial cohesion across the European Union. Recognising the crucial role good government and the control of corruption play in economic growth and the territorial cohesion of the EU, the report discusses regional institutional quality indices at length. Among these, indicators based on public procurement (which amounts to 1/3rd of public spending in Europe) have been developed by Mihály Fazekas such as the rate of single bidding or the publication of call for tenders. In a cited research article, public procurement-based institutional quality indices have been shown to predict GDP per capita across European regions. Unfortunately, institutional quality as measured by public

procurement indicators has been declining in most EU regions over the last 10 years which calls for better policies supporting open competition and high quality public spending.