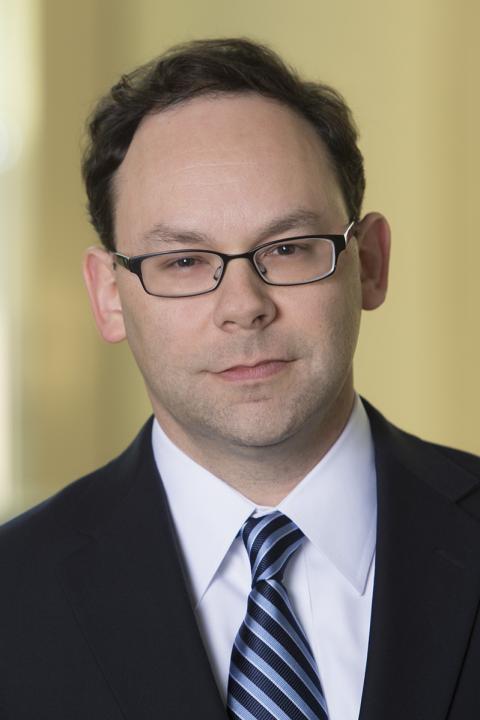 Richard Wike presented some key findings from recent Pew Research Center surveys during a public lecture that was organized by the School of Public Policy and its Center for Media, Data and Society on October 26.

The U.S. voting population has changed dramatically in recent years: the proportion of white voters has decreased from 78 percent in 2000 to 69 percent in 2016. During the same period, the proportion of black voters has remained steady at 12 percent; the size of the Asian and Hispanic populations, however, has increased dramatically. Wike explained that these demographic changes favor the Democrats. So too does the fact that millenials (those between the ages of 18 and 35 in 2016) now make up almost 70 percent of the U.S. electorate. Wike pointed out that it was not at all clear, however, that young people would vote in large numbers in 2016, the way they had in the last two elections.

Pew polls show that there are some similarities between the U.S. and many European countries. A majority of voters on both sides of the Atlantic (60 percent in the United States and 64 percent in Europe), for example, believe that their children will be worse off financially than they are. These results contrast sharply with poll respondents in Africa, Asia, and Latin America, where the majority believe that their children will be better off financially. Many Europeans also share with Americans a sense that their country plays a less prominent global role than it did. The one exception is Germany. Sixty-two percent of Germans believe that their country plays a more important role in the world today than it did ten years ago. Another topic on which Americans and Europeans agree: that ISIS is the top threat.

Europeans and Americans also have very similar views on whether their countries should “deal with their own problems and leave others to do the same.” This feeling is strongest in Greece and Hungary where it is supported by 83 and 77 percent of the population respectively. Although it is those on the ideological right who are more likely to believe that their country should focus on its own problems, Hungarian voters on the right and the left agree on this issue. They also agree that the presence of refugees in the country increases the likelihood of terrorism.

Reflecting on polls that have been conducted in the United States over the past 50 years, Wike emphasized that the public’s trust in government is at or near “an all-time low.” Coupled with changing demographics, anxieties about future economic growth, and an increasing pivot towards national over international issues, polling trends reflect growing discontent and a “populist shift” in the American population. Wike noted that these trends are very similar in Europe.