China and Development in Africa: Looking Backwards and Forwards 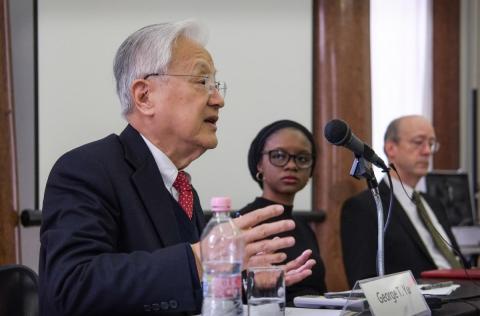 Despite their different backgrounds and perspectives, the three panelists agreed that the nature of Chinese engagement in Africa varies enormously among countries. "Africa is not a country," Oxford University PhD candidate and co-convener of the Oxford University China Africa Network (OUCAN) Zainab Usman reminded the audience. She made her observation during a panel discussion at the School of Public Policy at CEU on February 29 on China and Global Development. In his introductory remarks, SPP Assistant Professor Daniel Large observed that China-Africa relations were particularly prominent today, just months after the Forum on China-Africa Cooperation (FOCAC) in December 2015 when South Africa hosted Chinese President Xi Jinping in Johannesburg. 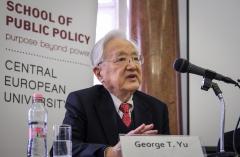 University of Illinois at Urbana-Champaign Professor Emeritus of Political Science George T. Yu noted that the PRC (the People's Republic of China) "arrived" in Africa during a very "conflictual" period. China was involved in three conflicts at the time: with Taiwan to assert its legitimacy as the sole legitimate government of China; with the United States that had politically and militarily isolated China; and with the Soviet Union that Mao had concluded was not a "real revolutionary" state. Yu said that China's "informal alliance" with Tanzania in the 1960s and 1970s had been particularly important. "China found Tanzania to be a very willing and supportive partner," he said. Yu observed that Tanzanian president Julius Nyerere and others saw China as a compelling development model. 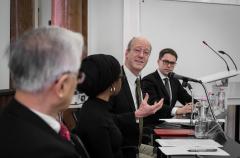 In his remarks, LSE Professor Christopher Alden stressed the importance of understanding history and interpreting trajectories. He pointed to 2006 as being a critical year in China's relations with Africa. "Until then, China urged African countries to follow their own development paths, but in 2006, this changed," he said. Alden said this change reflected China's belief that its development experiences in industrialization and reforming the agricultural sector could be transferred to others. After the FOCAC Beijing Summit, China scaled up its engagement, including supporting the creation of special economic zones and setting up business-oriented agricultural technical demonstration centers. "This is real concrete development," observed Alden. 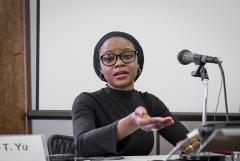 "You need to understand different dependencies in Africa to understand how China fits in," noted Usman. She went on to say that although African states have agency, they are constrained by the extent of their integration into the global economy; their economic and/or resource base; and the "nature and history of state formation and state building, and weak institutions." Usman said that the presence of "weak economic bureaucracies" and a "hollowed-out civil service" is a major reason for the difficulties faced by Nigerian President Buhari in implementing a program of economic diversification and jobs creation. "Good intentions are not enough," she said.

Usman stressed the importance of not resorting to sweeping generalizations when talking about Africa. She pointed out that while China plays a central role in some African countries like Angola, its influence is comparatively less in countries such as Nigeria. Usman said that there were, however, some problems that were common to many African countries. "I would say that one major problem for most African countries is the lack of infrastructure" she said noting that East Africa is making significant strides to building regional transport and communications infrastructure. Alden observed that China's engagement with Africa has adapted in part to respond to these needs. "China now consciously engages with institution building and governance in Africa. It is no longer just working on infrastructure projects," he said. Alden said that one of the reasons for China's success in Africa was its longstanding policy not to "interfere in the politics of the day in any given country." This has changed in recent years. "China realizes now that it needs to be involved, not to interfere, but to be involved," he said. 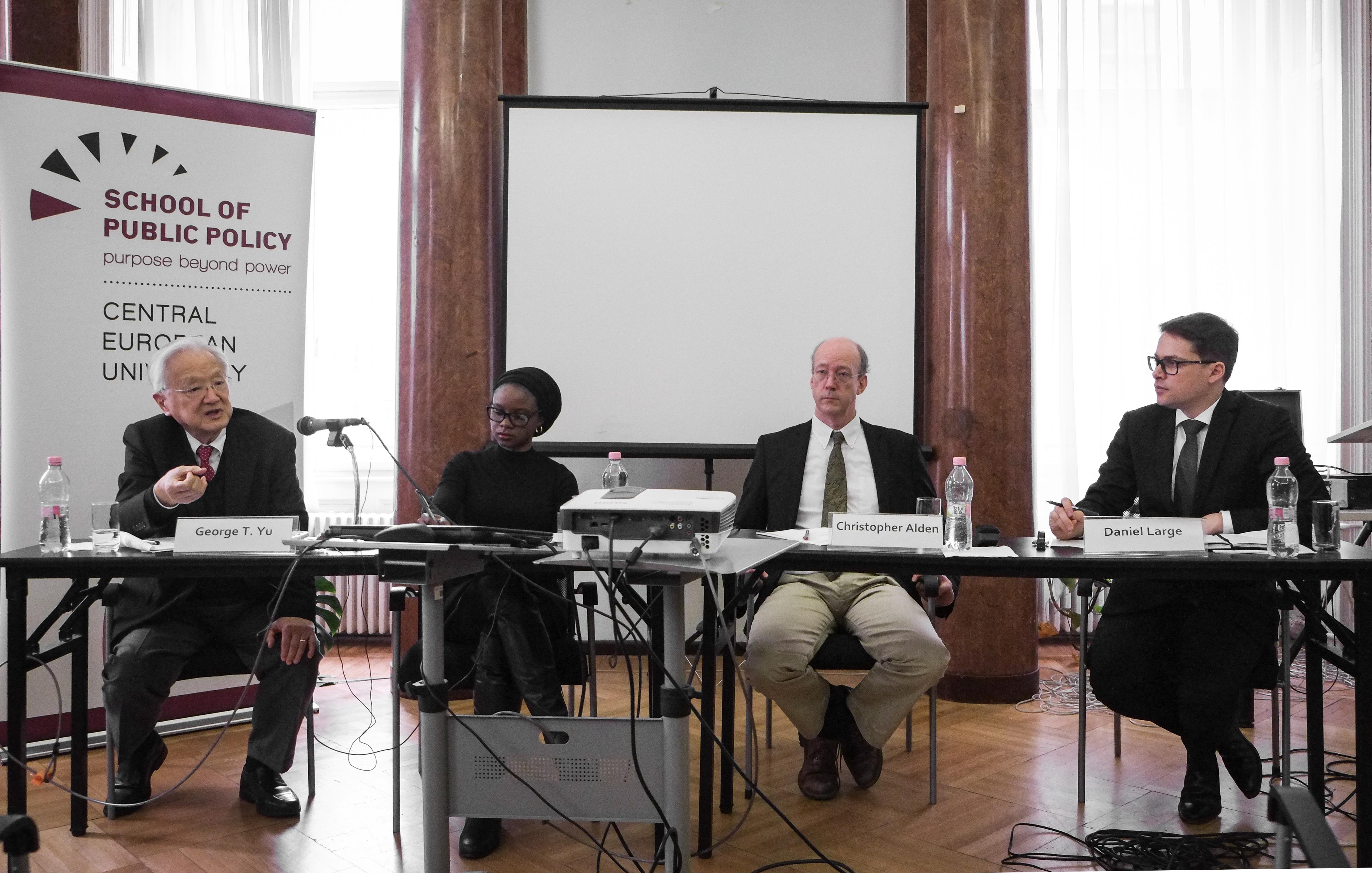 "What are the limits of foreign aid and its role in Africa?" Yu asked. Usman noted that the nature of this foreign aid, and of China's engagement with Africa were different now. "Financial flows from China to Africa are not ceasing or declining," she said, "but they are changing." Africa is receiving less foreign direct investment and more loans from countries like China to finance some projects. "African countries could become more indebted," she said, highlighting a growing concern. Usman observed that she believed that there could also be opportunities for some African countries as China transitions towards a service economy, and looks for places to offshore the lower end of some production processes.

Looking to the future, Yu said he was "very optimistic, and also very reserved. There have been and will be successes, but we need to be prepared for failures too," he said.

Watch the full panel below.