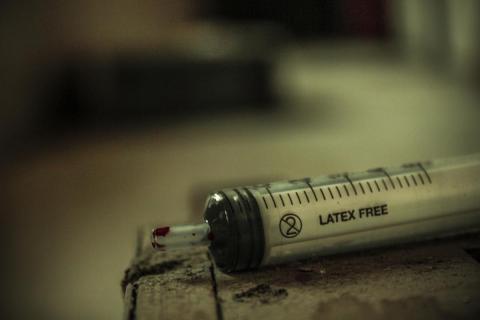 Following the group's launch at the School of Public Policy in August 2015, a statement has been submitted to the government of the Netherlands, which holds the presidency of the Council of the European Union (EU). This outlines principles and recommendations for EU engagement at the upcoming Special Session of the United Nations General Assembly on the World Drug Problem which will be convened in New York in April.

These principles, which the group and co-signatories maintain are fundamental to rights-based approaches include: drug policies based on harm reduction principles of pragmatism, dignity, evidence, public health and human rights; reform of the international conventions that frame drug control strategies as these have failed in their core mission to "protect the health and welfare of mankind;" and reorientation of spending from law enforcement and drug eradication to health, education, and development.

"The priority message of the Budapest Group is that civil society organizations must have a central role in the UNGASS deliberations, and that marginalized groups disproportionately impacted by drug policies, including women, youth, ethnic minorities, and drug crop cultivators must be engaged in deliberations on, and the design, evaluation, and monitoring of drug policies," explained SPP Associate Dean Julia Buxton.

Also a signatory to the statement, Ursula Sanchez (MPA '16) added, "Having seen how the war on drugs in Mexico has taken the lives of thousands of people without solving the drug trafficking problem, I feel committed to call for change in the current international drug policy framework and to engage as many policy-makers as possible in an informed debate."

You can read and download the full statement here.