What is Causing Buddhist Violence Against Muslims?

You can listen back to a recording of the entire panel discussion by clicking here.

More than 250 Muslims have died in attacks in Myanmar in recent years, with some of the violent mobs led by Buddhist monks. Buddhist groups have also been leading campaigns against Muslims in Sri Lanka, attacking mosques, assaulting women wearing the hijab and campaigning against halal certification of food. What is causing an upsurge in anti-Muslim violence in these countries?

This was the question being asked at a conference held by the Center for Conflict, Negotiation and Recovery (CCNR) at SPP on March 6 and 7. As part of the conference, CCNR director Robert Templer moderated a public panel discussion at CEU on March 6.

Following the defeat of the Tamil Tigers in Sri Lanka after 26 years of civil war, it was hoped that the Sri Lankan political space would see an opening up and attempts would be made to address the long standing grievances of the Tamil community and other minority concerns. "Unfortunately", according to Dr. Alan Keenan, the International Crisis Group's Sri Lanka Senior Analyst, "what has happened instead is the consolidation of an ethnically Sinhalese, Buddhist triumphalism throughout society, and with that a consolidation of the power of the ruling party." 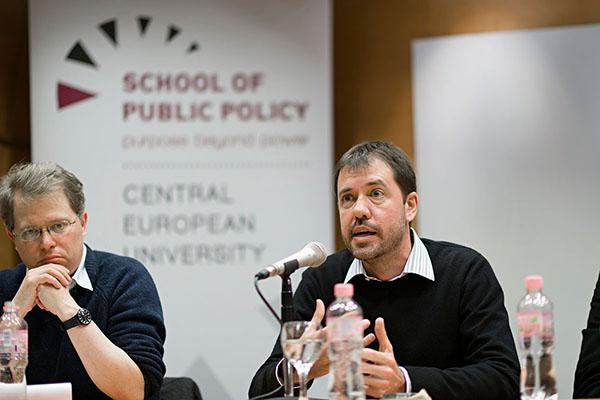 Along with this, the military machine that was used to win the war remains in place and still controls much of the area previously held by the Tamil Tigers. "The hope for a peace dividend has not come to fruition," Keenan explained, with the victory instead giving rise to a new phenomenon of Singhalese Buddhist nationalist violence targeting not just Tamils, but Muslims in general.

The roots of this phenomenon, Keenan believes, lie in a mistrust of the Muslim community built up during the war and currently being cultivated by groups such as the Bodu Bala Sena (BBS: Buddhist Power Force) which have been leading a campaign of hate speech and violence against Muslims with the apparent support and patronage of the government. The justification for these actions is that they are in response to a rising Muslim extremism that Keenan contends simply does not exist in Sri Lanka.

Meanwhile in Myanmar, where the level of violence has been far more significant than in Sri Lanka, a similar trend for inter-communal violence has been emerging since the end of military rule, with Buddhist communities increasingly attacking Muslims, especially the Rohingya people in Rakhine State. Here, the tensions between Buddhist and Muslim communities have existed since colonial times, explained Dr. Richard Horsey, a consultant who works for the International Crisis Group and the Myanmar Peace Center. But the opening up of society and the increased freedoms which have come with that have been used by some groups (such as the 969 Movement) to spread virulent anti-Muslim messages. "It stems, as in Sri Lanka, from very real fears – not necessarily logical or justifiable fears – that Buddhism is under threat.

The nature of those fears relate to the sense that Buddhism might lose its central place in the moral and social life of the country," Horsey explained. While these concerns can seem irrational to observers, they go back a number of decades to a fear of modernization and secularization, and military regime's control over the Buddhist community. These fears are now being given an outlet through anti-Muslim feeling, but Horsey believes that at another time they might well have been expressed in relation to other threats. 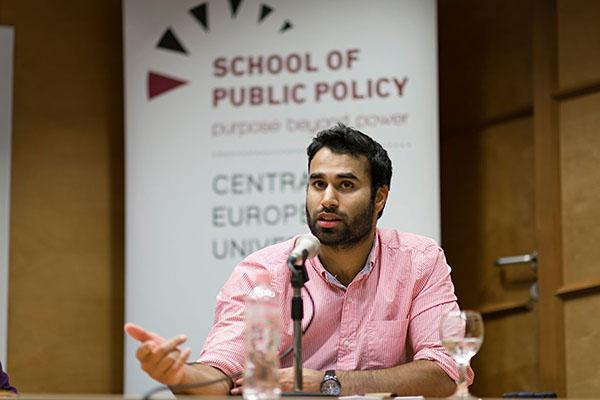 British journalist Assed Baig has seen the effects of the violence in Myanmar during his visits to Rohingya communities. "It was mob violence," Baig said, "that is the only way it can really be explained." Baig recounted stories told to him by eyewitnesses, of people being dragged from their homes to be beaten or murdered in the streets, even being thrown alive on to fires or being attacked with swords. In some instances mobs overwhelmed police who were attempting to lead Muslim victims to safety, while in others the police were reported to have been complicit in the violence.

The most baffling aspect for outsiders of the violence being perpetrated both in Sri Lanka and Myanmar stems from the popular belief in Buddhism as a religion of peace and harmony. Also on the panel was Richard Reoch, the chairman of the Working Group on Sri Lanka and the president of the Shambhala Buddhist community, Similar to all major religions, Reoch explained, Buddhism prohibits killing. But, as happens with other religions, this principal can be a victim of circumstance. "What are the circumstances in which anyone acts against their principals?" Reoch believes that there are three factors at play both in Sri Lanka and Myanmar, and in other conflicts that he has seen: "Emotion, culture, and identity. These three, especially if they are combined, completely trump the religious principals that a person holds.

According to Reoch a mixture of fear blotting out rational thought, a group mindset which allows people to abandon individual responsibility, and a belief that the identity of one's own community is sacred and must be protected at all costs, can justify, in the minds of the perpetrators of violence, any measures which might be employed to protect their position.