People Have the Right to Know When They Are Being Watched

In order to consider civil liberties as being respected, governments must give citizens the opportunity to make informed decisions on how much privacy they are willing to give up in exchange for national security.

This is in the view of Aryeh Neier, the former head of the American Civil Liberties Union, Human Rights Watch, and the Open Society Foundations. Neier was giving a lecture at SPP on March 6 detailing his take on the Edward Snowden leaks concerning the NSA’s PRISM mass surveillance program.

“I think that Edward Snowden, one of 1,400,000 persons in the United States with Top Secret security clearance capable of getting access to this information, properly judged that if he didn’t do it, it wouldn’t be done," Neier said, referring to Snowden’s decision to blow the whistle on the NSA’s mass surveillance program.  According to Neier, both President Obama and the members of the Senate Intelligence Committee knew about the NSA’s surveillance program, they chose not to call out Director of Intelligence, General James Clapper when he lied to a senate hearing in March 2013 stating the US was not “intentionally” collecting records of the phone calls of Americans. 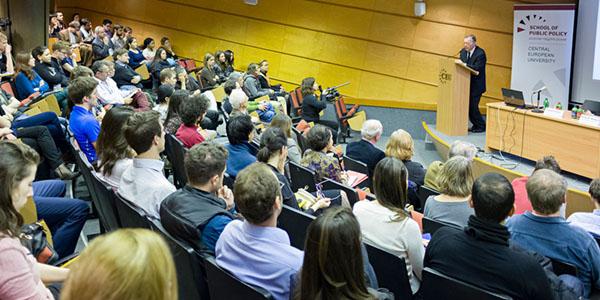 “My view is that (Snowden) rendered a public service by demonstrating that General Clapper’s testimony to congress was a lie and giving people the information that they need to make a judgment on whether they are getting a good deal on the supposed protection they receive compared to the intrusion on privacy.” Without access to this information, Neier argues, we cannot consider civil liberties to have been respected by the government.

Giving first a brief history of whistleblowing and surveillance in the United States, Neier explained that he does not believe that the use of the PRISM surveillance has been as damaging as has been the case in earlier eras when the likes of J Edgar Hoover and Richard Nixon used data gathered through surveillance to harass or punish political opponents. Nor has it been used to ruin the reputations of private citizens, as was the case with the Red Squads and McCarthy in their hunt for alleged communists.

The collection of phone call metadata in the US still represents a serious intrusion on privacy however, as was stated by US Supreme Court Justice Sonia Sotomayor in comments on a 2012 case in which bulk metadata was collected: “It can reveal calls to the psychiatrist, to the plastic surgeon, the abortion clinic, the AIDS treatment center, the strip club, the criminal defense attorney, the by-the-hour motel, the union meeting, the mosque, synagogue or church, the gay bar and on and on.”

While Neier argued that privacy is one right which he does not believe to be viewed as an absolute – we give up little pieces of privacy every day in exchange for convenience or a sense of security by carrying ID, by submitting to airport screenings – the value of giving up that right must be measured against the effectiveness of the benefit being derived. Two reports in the US, by a review group that included counter-terrorism expert Robert Clark, and by the Privacy and Civil Liberties Oversight Board, both found that the PRISM program had played no part in uncovering or preventing any planned terrorist attacks. 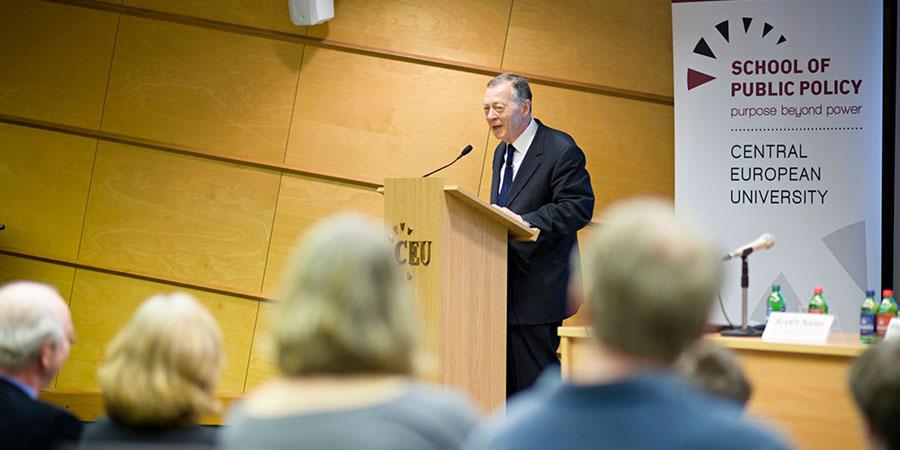 “I think at the very least we have to be skeptical of the claims that these programs are providing for our safety,” said Neier. “Of course the fact that they have not yet seemed to prevent terrorist attacks up to now doesn’t mean that they might not do so in the future but do we really want to legitimize so broad a program simply on the speculation that they are going to be significant in the future.

“But even if we think that the intrusion on privacy by these programs is not too great compared to the benefits that they provide, how can we judge this if these surveillance programs are kept secret? If we are going to judge for ourselves if we are to give up a piece of our privacy for safety, we have to have the information required for making these decisions.” This was a right denied to citizens by the US government and Neier believes that Snowden was correct when he chose to reveal the denial of that right.